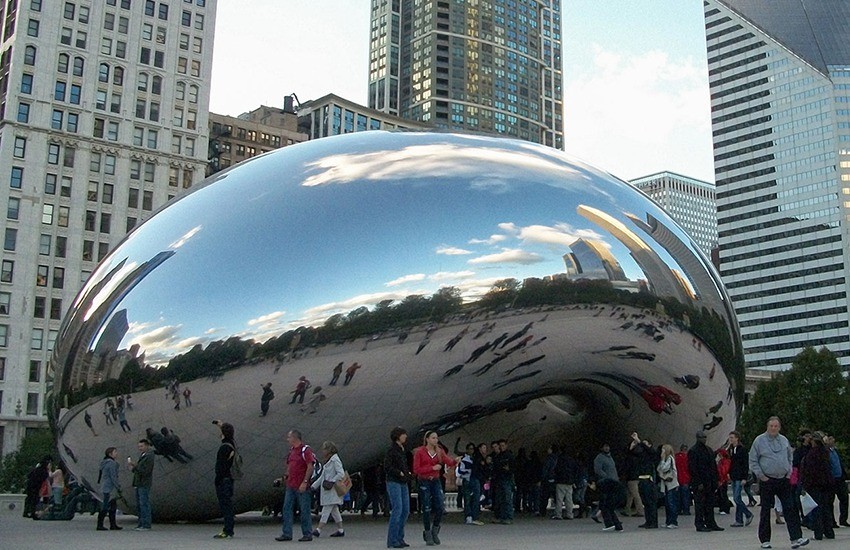 Millennium Park is a public park located in the Loop community area of Chicago in Illinois, US, and originally intended to celebrate the third millennium. It is a prominent civic center near the city’s Lake Michigan shoreline that covers a 24.5-acre (99,000 m2) section of northwestern Grant Park. The area was previously occupied by parkland, Illinois Central rail yards, and parking lots.[1] The park, which is bounded by Michigan Avenue, Randolph Street, Columbus Drive and East Monroe Drive, features a variety of public art. As of 2009, Millennium Park trailed only Navy Pier as a Chicago tourist attraction and by 2017 it had become the number one tourist attraction in the Midwestern United States. In 2015, the park became the location of the city’s annual Christmas tree lighting.